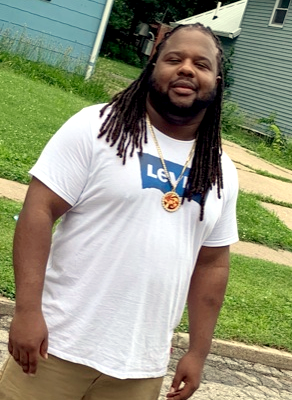 Damiko attended and graduated from Roosevelt High School. He  held various jobs, with HyVee being the latest.

Damiko loved football! As a youngster he played all the time. As a grown up he TALKED football all the time.  He loved his Vikings. Damiko was a good cook, His chicken and rice casserole was a family favorite. He was very close to his father and loved his own children immensely.

Gone too soon...Damiko passed away January 15, 2020. He was 28 years old. He was preceded in death by his brother, Karyree Henderson; grandfather, Willie Carr, Sr, an infant nephew, Baby Levi and cousins, Richard “Man Man Lewis Jr. and Frederico Thompson.

Left to cherish his memory are his parents, Accia Parker and William Carr; his children, Dante’ Carr and Jai’dyn Carr; his siblings, Tesha,  Felecia, Carvona, Johnnie Mae, Lakita Portwood and Jazsmine Wright Smith; his brothers, Jacoreyuan and William Carr, Jr.; grandparents, Cynthia Parker, Blanche Carr and Derek Thomas; his girlfriend, Chantel,  along with a host of nieces, nephews and friends.

To order memorial trees or send flowers to the family in memory of Damiko Leemon Carr, please visit our flower store.
Send a Sympathy Card