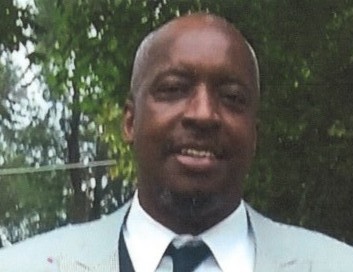 Dallas Smith was born to Walter Smith and Mary Whitfield on August 7, 1953, in Portageville Missouri. The family would later  relocate to Des Moines, Iowa, where Dallas would finish his  primary education at North High school. He would later further his education at West Texas State University. In 1976, Dallas was  drafted in the third round of the NBA draft as their first pick for the Chicago Bulls.  After his first season, an injury would keep him from returning to play for another season.

After his time with the NBA, Dallas began working for Tompkins Industries in shipping and receiving. It was about this time in 1978, that Dallas and Shelia Bennett would be united in marriage.        Together, they would build their life here in Des Moines, Iowa.

Dallas was a member of New Birth Missionary Baptist church, where he served as an usher faithfully for 14 years.

We all know that Dallas loved sports, and obviously loved basketball the most. In fact, he is still in the North High hall of fame. But he also loved volunteering in social services and working with the               developmentally disabled. Dallas also loved to spend time in his garden and playing with his flowers.  He was slow to anger and got along with everybody. And at times, Dallas was the life of the    party. Dallas also loved to look good...as long as he wasn’t  doing the shopping. Most of all, Dallas loved to spend time with his  nieces and nephews. And even though he may have sat on the wrong side of the bleachers a few times, Dallas would make all of their games and gave them his support.

To order memorial trees or send flowers to the family in memory of Dallas Smith, please visit our flower store.
Send a Sympathy Card