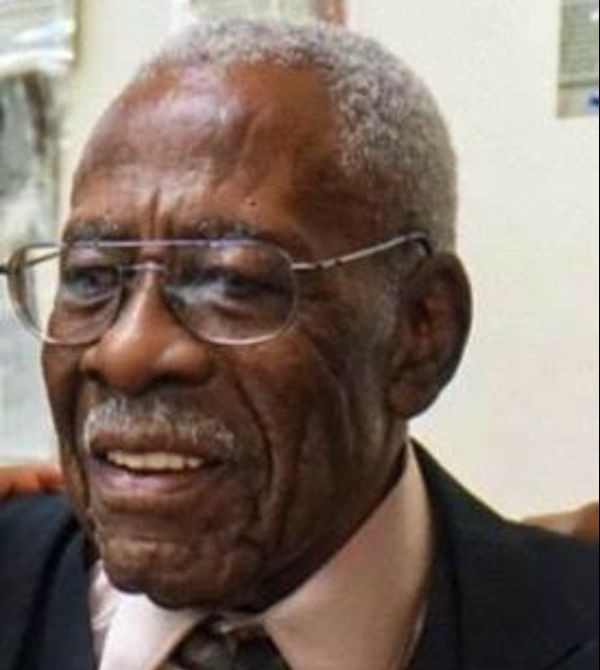 Clyde Drain was born on October 18, 1923 in Europa, Mississippi to parents, Zina and Louis Drain. He had one sister, Lillie Chandler that he often spoke fondly of even though they had lost touch as adults. Growing up, Clyde built ammunition and guns for the military. He also worked at a dry cleaner and restaurants including The Cloud Room at the airport. He worked several years at Frye's Manufacturer until he retired. Clyde met Dencie Caldwell in Des Moines, Iowa and were married in 1946. This beautiful union would bring 5 children, Mevelyne, Jimmy, Marvin, Larry, and Myrtle into his life. Clyde and Dencie would welcome two additional children, Jerry and Clydette to complete their family.

Many described Clyde as a jack of all trades. He could catch and cook a string of fish, while building a deck, after finishing sewing the straightest hem on a pair of pants. He enjoyed gardening, hunting, and fishing. He also enjoyed spending countless hours at the lake with his sons, sons-in-law and his best friend Harry Cannon. Clyde and Dencie's world grew ten-fold when grandchildren entered their lives.
Known as Two-Daddies to many and simply as grandpa to others, Clyde had a special relationship with many of his grandchildren. He enjoyed spending time with them from making his famous dill pickles and chow-chow to showing how to fix a hole in a pair of pants. He attended as many school choir performances, graduations, or sporting events as he could. He stepped in when parents couldn't attend to make sure his grandchildren knew family was there to support them.
Clyde is preceded in death by his wife, Dencie; parents, Zina and Louis; sister, Lillie; children, Mevelyne and James Gunn, Jimmy Cooper, Marvin Cooper, and Larry Cooper. He is survived by children: Jerry Cooper (Harlene) Des Moines, Iowa, Myrtle Thomas (Henry) Raleigh, North Carolina, and Clydette Cox (Rudy) Broken Arrow, Oklahoma. He is also survived by several grandchildren and great-grandchildren and many family members and friends.
Clyde will be dearly missed.

To order memorial trees or send flowers to the family in memory of Clyde Drain, please visit our flower store.
Send a Sympathy Card