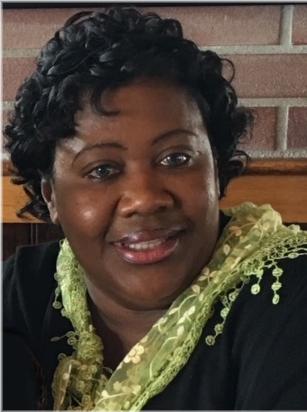 Christine Hargrove-Pulliam was born on July 6, 1961 to Helen Hargrove and Harry Tucker in Mecklenburg County, VA.  She was educated in the local school system and graduated from Blue Stone Senior High School.

A loving mother, Christine was blessed with one son, Jermaine.  Over time the family then grew with the addition of five grandchildren.  She loved to spend time with her grandchildren but always found a way to avoid changing dirty diapers.

Christine worked several jobs throughout her life.  She spent the majority of her career working at HyVee in the Customer Service department for over 20 years.  Christine’s passions included watching WWE, shopping for shoes and traveling.  She also was a great cook and her fried chicken would have you coming back for second and third servings.

In 2000, Christine joined Christ Apostolic Temple under the leadership of Bishop Jeremiah Reed.  She was a committed servant and a member of the church choir.

Christine was called to sweet rest on February 15, 2018.  She was preceded in death by her parents and siblings, Arthur “Trail boss” Hargrove, Helen Bernice Cole and John K. Hargrove.

To order memorial trees or send flowers to the family in memory of Christine Pulliam, please visit our flower store.
Send a Sympathy Card