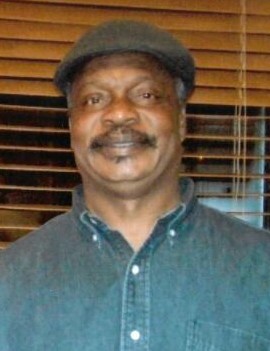 *CDC guidelines will be followed during the Visitation with masks required.  Social Distancing will strongly be encouraged.

Charles Lee Heard was born to L.C. Heard and Margaret Louise Moore on November 27, 1950, in Centerville, Alabama.  After several years the family relocated to Des Moines, Iowa to make their home. Charles completed his general studies at Valley High School.

Following his education, and at the age of 18, Charles married  Hilda M. Davis on November 3, 1968, in West Des Moines, Iowa. Together, they settled here to raise their family and build their legacy.

Charles began working in construction. Since 1982, he was an employee of Manatts, working as a concrete finisher and load operator until his retirement.

Charles was a grill master (accompanied by Chuck; his sous chef and taster) who was known to switch up his sauce every six months. Aside from cooking, Charles liked to work on cars and customizing them to ‘pearl white’. He also loved working around the house; fixing and painting.  Not only did he master small projects, Charles could build driveways and  sidewalks.  To be fair, Charles was a work-a-holic, but he believed hard work would make you strong and that it would make you a man of your word, full of integrity.  In fact, he would ‘out work you’ just to make an example.  You could tell by the timbre of his voice if you were wrong, but Charles had a way about ‘working’ things out. He also loved to host family gatherings and entertain as well as travel.  Most of all, he loved being with his family and being of use.

Charles departed this life on December 27, 2020.  He is preceded in death by his parents, L.C. and Margaret Heard; brother, Will Heard; sister, Anna Heard and granddaughter, Jazmin Heard.

To order memorial trees or send flowers to the family in memory of Charles Lee Heard, please visit our flower store.
Send a Sympathy Card