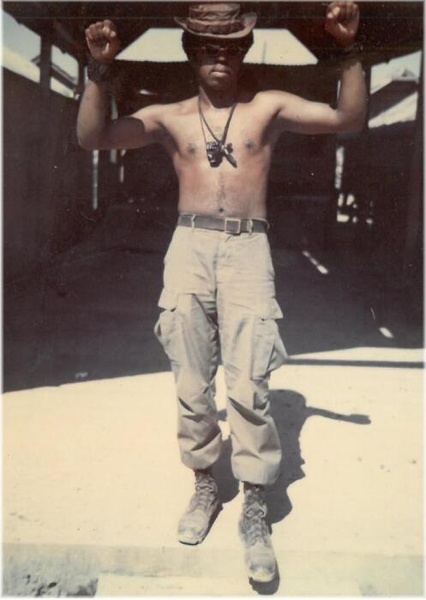 Mr. Charles Doolin Hall was born on October 4, 1950 to John and Lena (Hutchinson) Hall Sr., in Des Moines, IA.  He was educated in the Des Moines School System and graduated from Technical High School in 1968.

Not long after graduation Charles enlisted in the United States Army.  During his time in service he served in the Vietnam War.  After earning an honorable discharge, he came back to Des Moines and entered the workforce.  He worked several jobs throughout his life but worked at Broadlawns Medical Center in the Sands Unit for the majority of his career.

In his free time Charles preferred to keep things simple.  He didn’t fool with many people and didn’t engage in a whole lot of activities out side of his home.  On occasion Charles would head out to Prairie meadows to try his luck on various games.  Every Monday, Wednesday and Friday evenings he kept a weekly appointment for his favorite wrestling shows: WWE, NXT and Smackdown.  Everyone who knew Charles knew not to call or come by because you may not receive a welcoming reception or you’d be hung up on.  As mentioned before, Charles had a small circle of people however his dogs, Sarah and Lilly, were among his favorites.  Now Sarah and Lilly shared the same temperament.  They weren’t real sociable.  Charles’ affection for his chihuahuas was so serious he had a full funeral for both of them when they passed away.   He also had an affinity for nice, fast cars.

On February 13, 2021 Charles passed from time into eternity.  Awaiting his arrival was his wife, Christine; his parents, John and Lena Hall Sr.; brothers, Danny, John Jr. and sisters, Jackie, Carmen and Debbie.

To order memorial trees or send flowers to the family in memory of Charles D. Hall, please visit our flower store.
Send a Sympathy Card