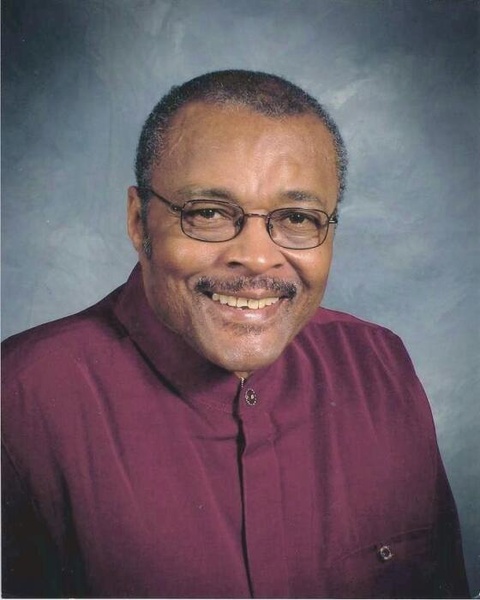 Carl Alfonso Sanders, Jr. was born on February 3, 1941 to Rev. Carl Alfonso, Sr. and Melvina Keesee-Sanders in DuQuoin, Illinois.  Carl, known as “Brother,” was a beloved member of his family and all who met him.  In 1948, when Carl was seven, the Sanders family moved from DuQuoin, Illinois to Des Moines, Iowa, where he began his education in Des Moines Public Schools.  While at North High School, he participated in track.  He later went on to attend Des Moines Area Community College.  At an early age, Carl was baptized at Corinthian Baptist Church by the late Rev. Norman R. Olphin.

Carl’s mother, a former school teacher, introduced him to reading at the age of two, fostering his love of reading books on numerous topics.  During his reading time, Carl would study the Bible and became well versed in its teachings.  A knowledgeable man, he loved to discuss all subjects including politics, animals, relationships and business, often giving advice to anyone in need of help with their life’s journey.  Carl also made time for his favorite hobbies including dog training, fishing, hunting, cooking, listening to “old school” music and giving advice to those he met.  In his early years, he was also a talented dancer and musician who sang and played the drums.

Carl was a handsome and debonair man with a jovial and outspoken personality to match.  Wherever he went, he always made everyone in his presence laugh by making jokes and hilarious statements. He expressed  his love for relatives and friends by giving everyone a nickname which represented how he viewed their personality from his own comical perspective.

Carl inherited his father’s deep voice and used his talents to sing bass as a member of the Del-Rays, a fifties singing group that was often featured on local Des Moines TV and radio shows.  The group often traveled across the country on tours and produced a record which had success on the charts.  In 1958, the group traveled to New York City to appear on the famous Ted Mack Amateur Hour, winning first place.  This show today would be the same as American Idol.

On December 20, 1962, Carl joined the U.S. Army where he was stationed in Germany and had active duty in Vietnam.  He received an Honorable Discharge on December 17, 1965.  He was very proud of his service to his country and would discuss the experience from time to time.

In 1963, Carl was united in marriage to Mable Hayes.  To this union, two children were born.  He also became the step-father to two children, who he loved as his own.  Later in life’s journey, Carl met Johnnie Mae Robinson.  Three children became a part of that relationship.  In 1982, Carl met Vickie McCuller.  The couple was married on August 29, 1992.  The shared over 39 years together.  To this union, one son was born and Carl proudly became a step-father to another son.

In the mid-seventies, when social unrest plagued many U.S. cities, Carl along with a relative, developed a program in Des Moines called The Police Community Aides. Carl was appointed director by the Chief of Police and managed 25 officers who maintained law and order among residents in the African American Community.  Carl’s respectful and friendly approach to neighborhood issues was instilled in his team.  The force never had any incidence of violence and was highly respected by the community.  The teams’ ways of interacting with the Black community was outstanding and their approach was supportive as opposed to using aggressive force.  The program was very successful.

*CDC guidelines will followed with masks required during the Celebration of Life Service.  Social Distancing will strongly be encouraged.

To order memorial trees or send flowers to the family in memory of Carl Alfonso Sanders, Jr., please visit our flower store.
Send a Sympathy Card