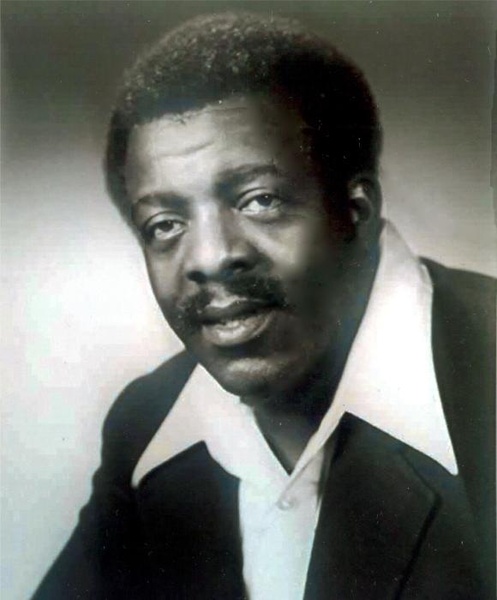 Bobby Jewell Dennis was born September 17, 1931 to parents, Ernest and Gertrude Dennis in Grambling, Louisiana. He was one of six children.

He was born in the rural South during the Great Depression. Times were hard. Bob had to leave school at an early age to help support the family. This probably helped shape his lifelong sense of personal responsibility. Growing up, he was known for his physical strength which earned him the nickname “Brahma”. He bragged that it was because he was as strong as a Brahma bull.

As an adult Bob worked his way from Grambling to Little Rock, Arkansas. There he met and married Queen E. Smith in 1954. They would have two children, Barbara Faye Dennis and   Ernest Eugene Dennis. He also had a daughter, Linda Roberts-Dennis born in Louisiana. He would take on the role of father to Earl “Big Earl”, Robert “Smitty”, Rose Marie, Mary “Hadaasha”, and Edward “Charles”. Later, Bob and Queenie would adopt nieces, Ann and Jan Hamilton. The family moved from Arkansas to Oklahoma and eventually settled in Des Moines, Iowa. Bob worked for R.R Donnelley, and retired after many years of service.

His first marriage ended in divorce. In 1983 he married Ruby Browder. There were no children born to this union. Again, Bob took on the role of father to Angela, Darryl, Barbara Sue, and Lonta.

Bob was a good-natured man who enjoyed a good laugh and could get along with anyone. If you spent any time with Daddy Bob, then you know all about “Johnny Rocco”, “dead cats on the line”, and “three legged dogs”! He enjoyed cooking, gardening, working on cars and bricklaying, and the blues, among other things. His greatest attribute was his folksy, down-home wisdom. If you went to him for advice he would always tell you what you needed to hear and not what you wanted to hear. His greatest legacy, however, is that of taking on the responsibility of being a father and mentor to 14 children, earning their love and respect.

Bob stepped into eternity on January 12, 2019. He was preceded in death by children, Earl Hamilton, Hadaasha Maryum (Mary) and Ernest Dennis (Sandra).

A Tribute to My Grandfather

I never thought IÊ¼d be writing this so soon, or ever; however here it goes. To A Wonderful Man that God sent, to bless so many in this family and so many more. Everybody from 10th street, all through Des Moines, knew YOU to be a good man. You were a wonderful family man. You were and still are, our father, grandfather, great-grandfather and friend who we all could confide in. The man who told us the truth, even when we werenÊ¼t ready to hear it. I remember when something was wrong and I knew there was a missing piece to the puzzle, you always said “ThereÊ¼s a dead cat on the line somewhere !” Bob I truly thought you would pull through this; so my heart, all of our hearts are broken. I just donÊ¼t know how to get through this. God, IÊ¼m asking for help for us all. I know you would say read Psalm 91 and leave it in Gods hands. Its just hard, you know. We loved and still love you! Now when I pull up to grandmas itÊ¼s not the same without you. WhoÊ¼s going to fix things or talk to us, or feed the squirrels or barbecue for us on Saturdays, or keep us out of trouble? We remember you enjoying your blues; watching Fred Sanford, The Three Stooges or westerns. We learned about gardening from you and loved going to Adventureland every summer. You came into our lives in 1976 and married our grandmother in 1983. Even when you divorced, you remained friends and we still had our grandpa. You were our protector and made life easy for us. Man, I tell you this life; you just never know about tomorrow. Oh Bob, only you can join both families together to honor you like this: your first family who you started with, and us your current family who you shared so many memories with! We all love you from both sides of the fence. Well Bob, like you always said, “if you ever want to know something about someone, just sit back and listen they will tell you everything you want to know.” Bob you are my grandma’s Soulmate and you will never be replaced. She misses you. Bob, we love you! You rest now. Uncle Darryl key and Uncle Lonta will carry this family the rest of the way. We will always miss and love you Bob! Say hello to L.C. and Lela B Williams for us. don’t forget Betty Henderson, Aleane Galvin or L.V. Williams. Rest well in Heaven and we will see you after while. From, Ruby Browder-Dennis and Family. Written by your granddaughter, Anganika Browder (Annanika as you always called me).

To order memorial trees or send flowers to the family in memory of Bobby Jewell Dennis, please visit our flower store.
Send a Sympathy Card