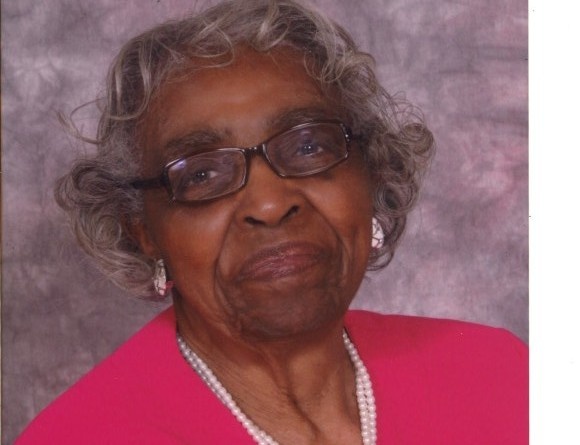 Beatrice Jackson was born to McKinley Brown and Jessie Mae Dixon on January 8, 1921, in Waskom, Texas. She was raised and educated in the area, graduating from    Pemberton High School with the class of 1942.

For most of her youth Beatrice worked on her fathers farm. Until one day, she met JC Jackson. The two were united in marriage in 1946. Together, the two settled down and began to build their family.

Beatrice began working at the Thiokol (Longhorn) plant as a custodian. She spent 14 wonderful years there until, in 1986,   Beatrice retired.

She was a member of the Eastern Star #135. Beatrice was also a member of Shiloh Baptist Church (since the age of 12) under U.E. Adams. Later in life, she taught adult classes in Sunday school. She also sang in the senior choir as well as making the  announcements for the church. On top of her other duties, she was the chairperson of the mission group at the Texas and Louisiana association. Beatrice eventually retired from the group as a district chair person.

She is preceded in death by her husband, J.C. Jackson; son, Ray  Leon Jackson; parents, McKinley and Jessie Brown; her siblings,

Left to cherish her memory are her children, Gloria Jackson,    Barbara (Charles) McVay and Lawrence Jackson.

To order memorial trees or send flowers to the family in memory of Beatrice Jackson, please visit our flower store.
Send a Sympathy Card