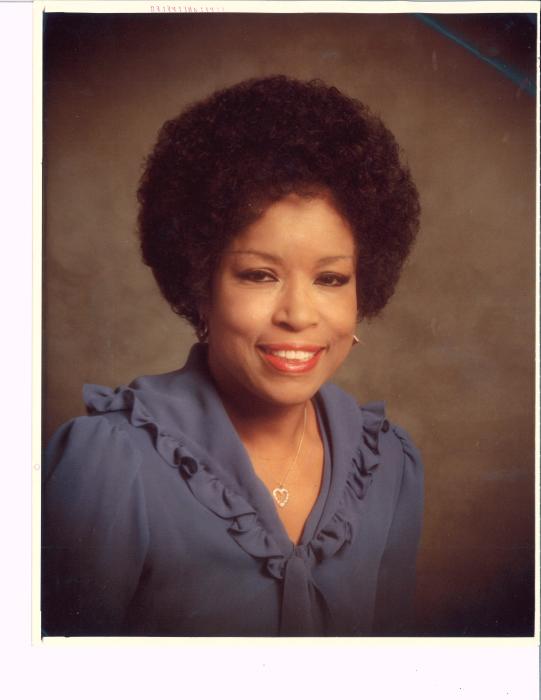 Barbara was educated in the Des Moines Public School system, where she graduated from North High school. After advanced education at AIB and Drake, she returned to the school system as an Administrative Assistant. She was also a trailblazing stenographer at the Polk County courthouse, being among the first to hold such a position. Barbara owned and operated the first Black Wig shop in Des Moines. She was very artistic and always dressed well. She had a great eye from her years of study as a fashion designer. Barbara had a smile that would light up the dark corners of your life. She flashed it at a young attorney and soon she was married to the love of her life, Oscar Jones.

Barbara didn't like to cook, but she loved to socialize and entertain. She was a member of the Boulé and traveled extensively as a member of the “Friendship Force”. She was with them when they went to Africa, Japan, Europe, Egypt and South America. She loved to mentor young people and cheer for her    favorite football and basketball team (the Laker’s of course). She was a loving mother and grandmother who raised Troy and his sons, Troy Jr. and Dwann.

Barbara passed from this life on July 26, 2018 at the age of 85. She was       preceded in death by her husband, Atty. Oscar Jones; her son, Troy Jones, Sr; her parents, Alfred and Bernice Shepherd; grandparents, William and Mary Lou Shepherd and her siblings, Alfred Shepherd, William Shepherd, Jr., Crystal Shepherd-Battles and Shari Jackson.

To order memorial trees or send flowers to the family in memory of Barbara Lou Jones, please visit our flower store.
Send a Sympathy Card