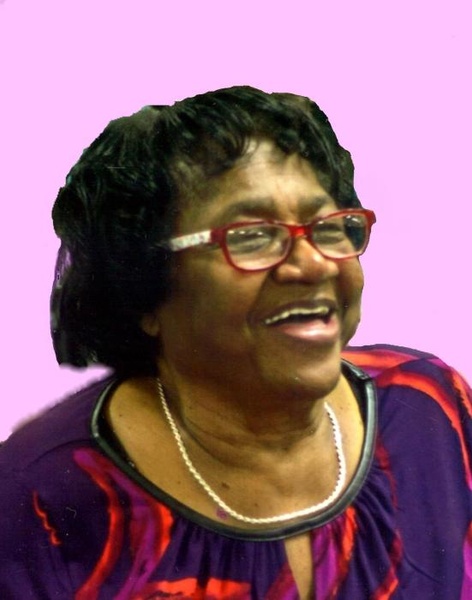 Barbara Jeane Irvin was born on August 21, 1933 to Harold Lewis Sr. and Evelyn Jacobs Lewis in Des Moines, IA.  Barbara accepted Jesus Christ as her personal savior at a young age.  She was raised up Church of God in Christ under the tutelage of her grandfather Elder Jacobs attending Jacobs Temple as a child. She was educated in the Des Moines Public School System.

Barbara was married to Franklin Irvin, Sr. in 1960.  Although years later they parted ways their love forever remains reflected in their children.  She worked faithfully at Northwestern Bell as a telephone operator and retired from the company in 1993.

Barbara has always had a determined spirit.  She never let anyone, or anything stop her from sharing her “truth”.  She was a dynamic soul food cook and left her family in pure delight with her homemade recipes.  During Thanksgiving Barbara would whip out her sultry turkey, delectable ham, delicious dressing, yummy yams, glorious greens, mouthwatering macaroni and cheese, dinner rolls and for dessert peach cobbler and pumpkin pie.  Everyone that came to Grandma Irvin’s house never left hungry but full of food made with great love.

Barbara was an avid reader and was known to read one novel or two overnight, spending the wee hours with the light turned on, flipping from page to page, fully engaged in her books.  Jackie Collins was one of her favorite authors.  Barbara was also a skillful card player.  Friday nights were spent in family fun listening to some good music and playing card games such as tonk, blackjack and gin rummy.  She was also a fan of the “meadows”.

At the end of Barbara’s journey on earth she began to grow closer in her relationship with God.  Barbara quietly transitioned from time into eternity on February 4, 2020, surrounded by love at home.

To order memorial trees or send flowers to the family in memory of Barbara Irvin, please visit our flower store.
Send a Sympathy Card