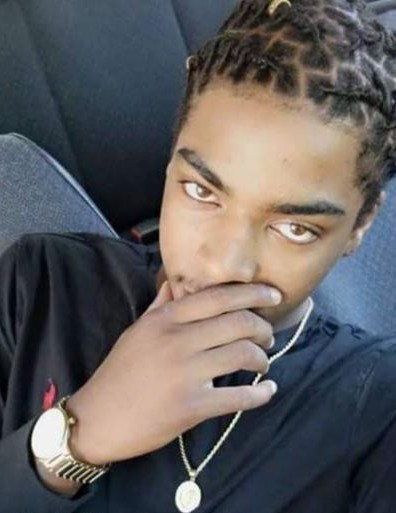 Anthony had an ear for music. He loved music and spent hours in the studio recording music and poems. Anthony also was very family oriented. He loved spending time with his nieces and nephews, hanging out with his friends and eating. He loved his Mom's home cooked meals. In fact he was a "Mama's baby". Like most young men he liked to dress in the latest fashions. He was especially fond of "Polo". And he loved the ladies.

Anthony believed in living a life of upright character.  He was a champion for good and was a comfort to his friends whenever they were in distress.      Because he was generous, if they didn't have a place to stay he would sneak them in the basement;  he routinely gave away his clothes or if you were hungry, he fed you. Anthony just loved people.  He read the Bible regularly and would share the Word to all who would listen. He felt encouraged by the word and wanted his friends and family to feel the same way.

On January 2, 2017 Anthony stepped out of time and into eternity.  He was greeted on the other side by his dad, Anthony Sr. They are reunited in Heaven and here on earth, as his father is being buried with him. Also preceding him in death are his sister, Timmira Burse; grandparents, Blossom and Halley Fonza, Carrie Bush and Carolyn Fonza; uncles,  Herman and  Tracey Mure; , Carl Burse and a brother, Obell.

To order memorial trees or send flowers to the family in memory of Anthony DeWayne Mure, Jr, please visit our flower store.
Send a Sympathy Card